One of  the pinnacles of  Johann Sebastian Bach’s huge career is his monumental Mass in B Minor yet surprisingly the great man never heard it in its entirety as it did not receive its complete performance until more than a century after his death.

But I would like to think that the performance given on Saturday by the St Albans Chamber Choir with the Lawes Baroque Players and four outstanding young soloists from the Amici Voices would have met his expectations.

The combination of the choir, soloists and orchestra in St Saviour’s Church, St Albans, produced a performance of exceptional quality.

The mass is a monumental work which demands great stamina from hose performing it but throughout the choir performed excellently. Its performance of the section of the credo beginning Et incarnates est de Spiritu Sancto was particularly fine.

Equally the four soloists, soprano Bethany Partridge, alto Helen Charleston, tenor Hiroshi Amako and baritone Michael Craddock brought real quality to the overall performance. These are young performers of great quality and talent which shone though in their performances.

But equally the outstanding performance by the Lawes Baroque Players, both collectively and individually, was an essential part of making a great overall impact.

The group, brought together by Harpenden-based violinist Miles Golding, is made up of some of the country’s leading exponents in the use of period instruments and throughout the evening the quality of the music they produced was an absolute delight.

One must not forget conductor John Gibbons who steered the epic work through its many changes in mood and tempo. His direction produced a sensitive and well regulated performance. 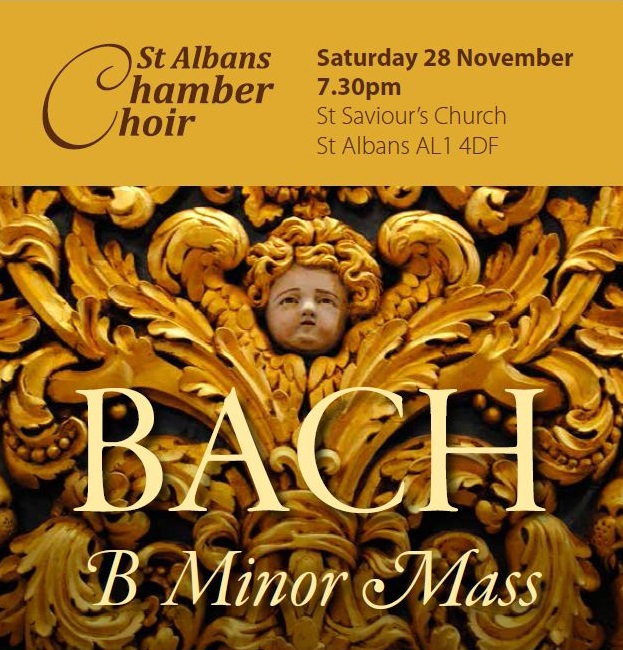 and the Lawes Baroque Players

A rare local opportunity to hear what is arguably Bach’s masterpiece performed with Early Music professionals of the first rank.  The soloists are all members of Amici Voices, a young professional consort group specialising in authentic one-per-part performances of Bach’s sacred works.  Formed in 2012, the members of Amici Voices are all now experienced consort singers and soloists in their own right, but still perform together regularly.  They are accompanied by the Lawes Baroque Players, an instrumental consort that includes many top Early Music specialists, led by Miles Golding.